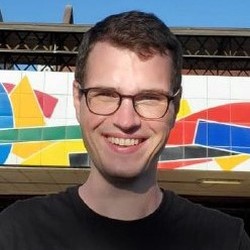 I am a Ph.D. Candidate in Political Science with the European Politics research group at the Center for Comparative and International Studies (CIS), ETH Zurich. In the academic year 2021-22, I am a Visiting Assistant in Research at the Department of Political Science, Yale University. I have taught undergraduate and graduate courses on international relations and European politics at the University of Lucerne and ETH Zurich.

My dissertation analyzes the interactions between citizens and elites in processes of democratic backsliding. I study how public opinion on democratic governance affects political actors’ behavior towards democratic institutions and vice versa. Methodologically, I combine large-n analyses based on cross-country data, survey experiments, and qualitative case studies.

Recent Publications and Work in Progress

The Demand Side of Democratic Backsliding: How Divergent Understandings of Democracy Shape Political Choice

Several democracies across the globe have experienced democratic backsliding in recent years, but our knowledge about the potential …
Marc S. Jacob

When Will Voters Defend Democracy in the Post-Electoral Season?

In most countries experiencing democratic backsliding today, a significant share of the citizenry continues to cast votes in favor of …
Marc S. Jacob

Elites and Brexit: Ideological Realignment in the House of Lords, 2000-2020

The UK House of Lords has increasingly attracted public attention due to several government defeats of Brexit bills. Despite this …
Marc S. Jacob, Ugur Ozdemir
PDF
See all publications

A dataset on roll calls in the Parliamentary Assembly of the Council of Europe (PACE); joint data collection project with Jana Lipps
Last updated on May 17, 2021